Create and Maintain your Image on the Networks

This is often “the” question that most artists ask themselves, once their music is ready to be released. In a society of constantly evolving images, present in all modes of consumption, it has become almost impossible for developing artists to make their music known without accompanying it with a visual identity. This image is superimposed on your musical identity to form your artistic identity, which corresponds to your personality and defines your project.

It can happen that artists find themselves lost in front of this notion of image development which, in the unconscious, can quickly become similar to the world of marketing. It may be that the image is scary, it may be thought that it serves the musical creation, so much so that it is sometimes the last thing to be done, inspired by the existing.

However, it is your image and your identity, which is why it is an integral part of the creative process. When you create a piece, you do it with a feeling, which will immediately feed your imagination. As you compose, you will then picture colors and visual elements, which can sometimes even help you find the theme of a piece.

Without knowing it, you are already building your image, at the same time as the melody. It is not by chance that we often associate music with colors. If we say of it, that it can be hot or cold, that it evokes us the day or the night, the winter or the summer.

Because it provides us with feelings that we imagine instantly and which are engines of the creation of an image, according to its philosophical definition “The image is the mental reproduction of a perception” (Descartes).

Clip Billie Eillish – Xanny : Directed by herself, this clip features the artist in a purified universe (reminiscent of psychiatric hospitals) where arms crush cigarettes on her face. A visual imaginative process (the human as a living ashtray) accompanying the song, in order to amplify the initial feeling: to speak about addictions.

Before even asking how to create an image, we must first ask ourselves two questions that will help us define it:

Answering these questions in relation to your feelings, your personality and the identity of your project will allow you to see more clearly, to define where you want to go in order to tell your story at best.

To compose or write a piece, we first start with an idea, a story that is our own. As soon as it transmits emotions, it becomes part of a storytelling that will link you to the world. This idea fits your personality traits, your feelings, your aesthetic tastes and all these elements together will build your artistic identity.

We often assume that the construction of an image depends mainly on the communication tools that are available to us. To defend a project, we must show that we exist on social networks, in one way or another. We try to follow the trends and see how we can connect with our project.

But the essence of our image doesn’t depend on the tools we’re going to put in place to develop it. Like a song, it depends on the story we want to tell. This idea acts as a pillar throughout the creative process.

We often think that a song should work first in its raw form, for example chords and text. An image is efficient because it puts in scene an idea which holds the road and which will be able to cross the times and the modes of communication.

Video – Orelsan – Sorry : Orelsan released this video in 2008, in which he thanks his audience for coming in such large numbers to his concert that some people were turned away because the room was full. He will then put himself on stage by being refused access to a nightclub. First of all, this video contains all the elements of the history of his project and his artistic facet, put forward by the second degree and the loose, central axes of his first album “Perdu d’avance”. Then it is endowed with a comical and strong idea which is anchored in the real. Finally it appeals to the feelings of each one, all generations confused (to be refused of a night club). The artist comes down from his pedestal after his concert, the public can identify with him and feel involved. It has all the ingredients of a video that could go viral today, its basic idea works and fits its musical identity. Of course nowadays, it would probably be edited more quickly with a vertical format, but the speech would be the same, there would only be to decline this format for the current supports. This image has the power to cross the ages and the advantage of having a zero cost, because the idea is sufficient on its own.

Telling your story serves to build your musical and visual identities, which feed on the same fuel: your life. The common idea that unites the two is the artistic identity.

A strong image open to the world:

It is important to think upstream about the power that your visual identity could generate. How does it anchor the project in the public’s imagination and how far can it take them? For these reasons, it must be both strong in what it conveys and open to the world.

Depending on its form and the choices you make to maintain it, always remember to leave doors open in case you decide to make artistic adjustments. For example, if you change your musical style or if you realize that it does not always correspond to the different facets of your artistic personality.

The image must be able to embody your identity and not take precedence over it, however strong it may be. It must both enrich and defend it, open your vision to the world but also adapt to you and to the world.

A versatile image that transmits strong ideas can naturally be used on all media. You can then use it on all aspects that you use to communicate on the project, whether social networks, interviews, live … Each of these appearances create points of connection that tell your artistic story and communicate with each other.

An image that is too strong could freeze the artistic project and on the contrary an identity that is too moving could alter its coherence. This is why it is always necessary to preserve a skilful harmony between these two creative voices.

As much as the strength of character of your image allows you to work on the particularity of a project, its versatility allows it to adapt to all the traits, moods of your artistic personality and to the world that surrounds it. Just like your music and your identity, it must be considered as a living element.

How to develop your image

Clip Stromae – Formidable: When the artist takes the risk of staging himself in real life, in order to amplify a feeling evoked in his song (the sadness of a breakup): he becomes a drunk man at 8am on a public square. He uses the process of the embedded camera because it is impossible to bring a video team without being noticed. Also, a cinematographic image quality would not correspond to the feeling deployed which must be brutal. The camera becomes the eye of the spectator who is the passer-by on this square. The artist does not feed on the unexpected, it is he who becomes the unexpected. The people who attend the scene, wonder, take pictures of him (feeding these questions on the networks). Is it a staging? Is he really drunk and going crazy? This is the questioning that he manages to provoke. Those who watch the images on youtube, can only salute the performance and consistency. One is projected into an image that considerably enriches the words of the artist. Again, this process is not expensive, it stands out for a strong idea that becomes reality.

Big Flo and Oli tease their next clip by putting themselves in scene Place de la République inside a studio built in a glass box. So we don’t know what will happen, but every passer-by takes pictures of them and posts them on the networks. The public becomes the artist’s own community manager.

If on the contrary you want to put yourself on stage beyond the music, it is nowadays totally possible and social networks push artists to do it constantly. You have to define your place and make sure that this staging corresponds to the project. Be careful not to lock yourself in and become a caricature of yourself.

Staging yourself requires naturalness, but also work and distance. This is why it is important to script each idea and to give it a tempo. As for a song, don’t hesitate to make tests and mock-ups of your productions, before publishing them, in order to have an external eye on your work. In both cases, make sure to anticipate the urgency and to integrate your artistic direction in each of your speeches first.

The tools to achieve your image :

“To make a movie, you just need something that films” said Orelsan in his song “Note for too late”. Today smartphones offer you the possibility to take pictures and shoot videos in HD quality. Once again, it is the idea that prevails, the smartphone is an affordable tool that allows you to stage it.

Social networks offer today a multitude of free tools to develop your image. You can edit your videos yourself with transitions effects, use filters to showcase yourself, integrate songs to your montages.  No more need for a computer, to export your videos and edit them on a pro software. These tools are mainly developed on Tik Tok and instagram.

The platform “Canva” offers you the possibility to create easy designs using templates, made for social networks. If you are not a graphic designer, but you need to decline and post your content regularly (video release banner, concert tour …) this platform is for you. You can also link your networks to your account and schedule your posts. It exists in free and premium version.

For the more experienced, the Adobe Creative Cloud suite of graphic creations will accompany you in all your projects of professional content creation (Photos, design, editing, motion design …) for a subscription of 60 euros per month.

All the answers to your technical questions, video editing, graphic design, digital strategy, evolution of social networks, can be found in very well designed Youtube tutorials. Don’t hesitate to read about your questions and to keep yourself informed, because social networks never sleep.

← Prev: Back from SXSW with the Blind Suns Next: Anghami → 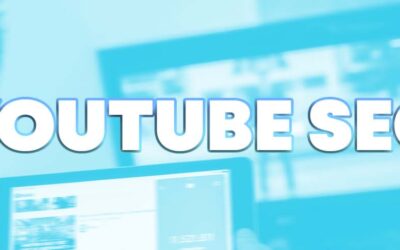 First of all, a little explanation of SEO (Search Engine Optimization) is necessary.These are techniques/strategies...

Mastering Audio : how and where to Mastering your Music ?

Mastering Audio : how and where to mastering your track First of all, mastering (finalizing a track) is a crucial... 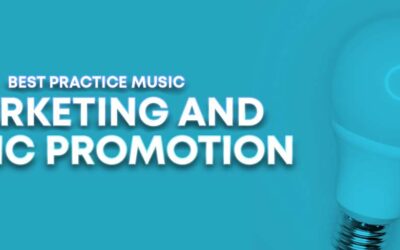 Best practice Music Marketing and Music Promotion First of all, to successfully promote your music, it is important to...